Tropical forests a giant lung for our planet

Peru has 66 million hectares of tropical forests which represent a giant lung for the planet and home to 70 % of the world’s biodiversity. We have 25 thousand species of plants 10% of the world in total, we are second place in bird diversity with over 1800 species and second in variety of fish. We are fifth in the world with our diversity of mammals and reptiles with 515 and 418 species respectively.
The high complexity and ecological richness of Peru’s jungles are in high risk due to its sensitivity to sudden climatic change.   The San Martin Region has a rich biodiversity that is mostly poorly understood, there are species of great scientific value and is the habitat of species that are in the process of extinction.  San Roque Cumbaza is a protected area which is part of the Western Regional Conservation – ACR Cordillera Escalera.   Within the natural and cultural environment of the district there is so much to be exploited : waterfalls, springs, streams, forests , medicinal plants, orchids, diverse wildlife.

MANACARACO (Speckled Chachalaca)
This bird is between 40-60 cm long and weighs between 500 and 600 grams. It is characterized by the mottled chest and usually nest 2 meters from the ground. 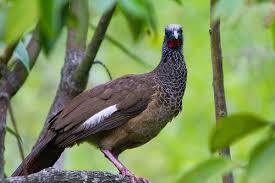 CARPENTER (Spot-Breasted Woodpecker)
A species of bird in the Picidae family. Its natural habitats are subtropical or tropical moist lowland forests.. 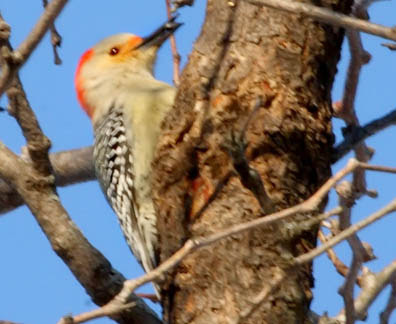 Ayaymama (Common Potoo)
He is known as Ayaymama because his singing which resembles the wail of a child who says ‘Ay, ay, mamá!’  Camouflage is its specialty since the color of their feathers and their ability to stay very still allows it to be confused with tree branches. 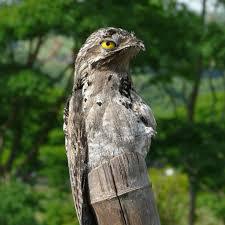 SUI SUI (Blue-Gray Tanager)
The blue gray tanager is 18 cm long and weighs 35 g. Adults have the head and lower body parts light bluish gray, the dorsal parts are dark blue with bright blue green on the wings and tail, and the shoulder with different shades of blue. The bill is short and thick. Both sexes are similar, but immature plumage are more faded color. 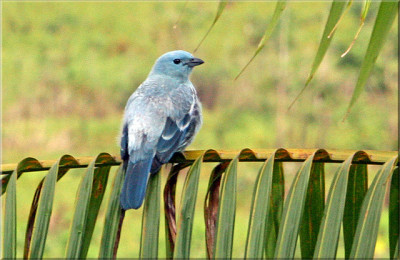 PAUCAR (Yellow-Rumped Cacique)
This bird is distinguished by the rump and halfway orange or yellow tail, the rest of dark plumage, beak is sharp, curved ivory white to yellowish, and the iris is light blue. Nests are vegetable fibers interwoven so as to form long bags 30 to 40 cm. placed on top of trees and palms. They nest in colonies of several nests and sometimes do with the nests of the orioles. There are records of 100 nests per colony. 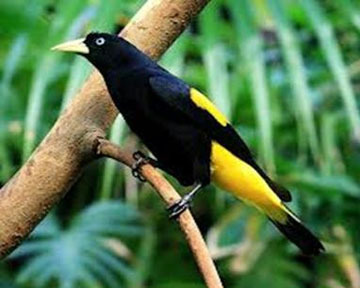 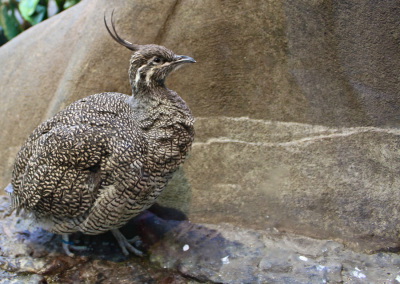